State Board of Directors

State Board of Directors

A retired pediatric nurse practitioner, Chimene joined the League in 2012 and has served on the LWVTX board since 2014. She specializes in the use of technology to support the League mission of empowering voters and defending democracy.

Some of her accomplishments include

Imhoff has been an active member of the League since 1972, serving in various positions on LWV of Sherman/Grayson County and LWV of Collin County. She served on the LWVTX board from 2002-12, as program vice president, voter service chair, and issue chair for education for two legislative sessions. Imhoff is also a Membership & Leadership Development coach.

Sanchez is an award-winning writer, editor, and designer. She is the vice president of communications for cyber security company in Houston, Texas and an adjunct professor at the University of Houston – Downtown. She sits on the board of the Society for Technical Communication (South-Central Texas chapter) and the Fort Bend County League of Women Voters. She is a Fort Bend and Harris County VDR and a Fort Bend County Complete Count Committee member.

Prior to opening her own grant consulting firm in 2003, Rosenblum was grant administrator for the Richardson Independent School District. Her current priority is leadership participation in the LWVTX. She is a past president of LWV of Dallas. Rosenblum earned a PHD in policy analysis from the University of Illinois.

Foshay has been an active League member since 1986, serving as treasurer and in other capacities for LWV Naperville and LWV Dallas. In Naperville, IL, she was the business manager of the Naperville Area Recycling Center, a LWV/AAUW project. In her third term on the LWVTX board, Foshay is the current treasurer and chairs the Fiscal Management and Administration Committee. She is a tax preparer with Enrolled Agent certification.

Marguerite "Meg" Scott-Johnson is a longtime member of the League in Kerrville, now named LWV-Hill Country. She served as president for two terms, as well as several years as Voters Service Chair, and Chair of the local Immigration Issues Study. For LWV-Texas, she served on the Human Trafficking Issues Study Committee and is currently the Issue Chair for Human Trafficking. Scott-Johnson is a LCSW in private practice in Kerrville. She is a member of the Presbyterian Disaster Assistance National Response Team, currently serving on the Refugee Ministry Team. To keep herself grounded, Meg is a Hill Country Master Gardner.

Briggle is a civic volunteer, a small business owner and entrepreneur, and an outspoken advocate for LGBTQ rights. She chairs LWVTX's Communications Committee and serves as the Equal Opportunity issue chair. Briggle is also the national co-chair for the Human Rights Campaign's Parents for Transgender Equality Council. She previously served as a board member for LWV-Denton before joining the LWVTX board in 2016, and frequently speaks and writes about the importance of voting and equality.

Majors joined LWV of Richardson 30 years ago. Since then she has served on the local board as organization vice president, membership chair, and most recently secretary. As a former LWVTX issue chair, she covered behavioral health and later child health. Majors has been a Membership & Leadership Development coach for 4 years..

Carol Olewin served on the LWV-Austin board for 9 years, 7 as Treasurer, and 3 as Co-president and President. In addition to the LWV, Carol has served on various Boards and Commissions, recently serving on the City of Austin Flood Mitigation task force. Olewin retired from the Texas Racing Commission as the Pari-mutuel Compliance Audit Administrator. Some photographs provided by Matt Lankes

Wallé is vice president of community relations of the LWV of Tyler/Smith County and currently serves on the boards of Smith County Historical Society and East Texas Genealogical Society. She is a past board member of Tyler AAUW and the East Texas Book Festival. Wallé enjoys photography and graphic design. 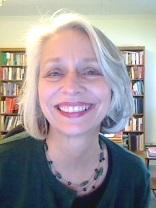 Richardson worked as Executive Director for Grassroots Grantmakers, a professional association of funding organizations in the United States and Canada.  She has more than two decades of experience working with and within philanthropic organizations to support civic engagement and neighborhood change at the grassroots level. She served as Vice President of Programs and Executive Vice President at the Community Foundation of Greater Memphis. Since her retirement, Janis has consulted with grantmaking organizations on community engagement strategy development and has been part of The Kettering Foundation’s Place-Based Funding and Civic Engagement work team.